Jeff Ross of Turnkey Custom Trim to handle the construction and found designer Amy Holt, owner of Designs on Madison, to help them find a happy medium between their visions for the home. Holt landed on a transitional design that blended modern design -- clean lines, an all-white kitchen -- with traditional elements, like a deep, comfortable sofa and coffered ceilings.

"The building leans so contemporary, and he preferred that. She wanted more traditional. This was a style that brought those two things together," Holt said.
This was the first time the Braithwaites had worked with a designer, but Amber said they probably always will use one in the future.

"She brought in things I never would have found or tried. She could see the spaces better than I could," Braithwaite said. "She also was an intermediary between Brian and me."
"That happens on almost every project, especially now with Pinterest and Houzz," Holt said. "People see these ideas -- making it all work together is my job."

The key is figuring out what's most important to each person and making sure they get it, Holt said. Brian wanted state-of-the-art electronics and home entertainment system; Amber wanted a comfortable, beautiful home.

A built-in iPad controls everything in the condo, including the dazzling light fixtures Amber loves and a home entertainment system hidden behind the traditional wainscoting.

Still, not everything was easy. The concrete construction meant some things -- electrical, plumbing and even some walls -- just couldn't change. Many of the Braithwaites' original plans had to be adjusted.

In the end, many of the "problems" feel like features. A concrete wall blocked plans for a walk-in pantry -- but the pantry the Braithwaites got is double-wide and shallow, which means you'll never lose a can in the dark reaches of a shelf, and refrigerated drawers under the kitchen island keep drinks handy.

When the laundry room had to move because of utility locations, they ended up with a full-size washer and dryer and extra storage space tucked behind a hidden door -- it looks like a shelving unit -- in a bathroom.

"This was the most challenging remodel I had ever done," Holt said. "We figured it all out. It took a lot of brainstorming, but we made it work."

The finished condo is a quiet, comfortable home base for the couple, who both work in the medical field. They can walk to Downtown and restaurants in Covington and Newport. They can use all the amenities in The Ascent, including a fitness center, sauna and steam rooms, guest apartments, and private theater and event spaces. Amber Braithwaite loves sitting with a cup of coffee at the massive kitchen island, where she can catch up on the news or enjoy the view of Downtown. 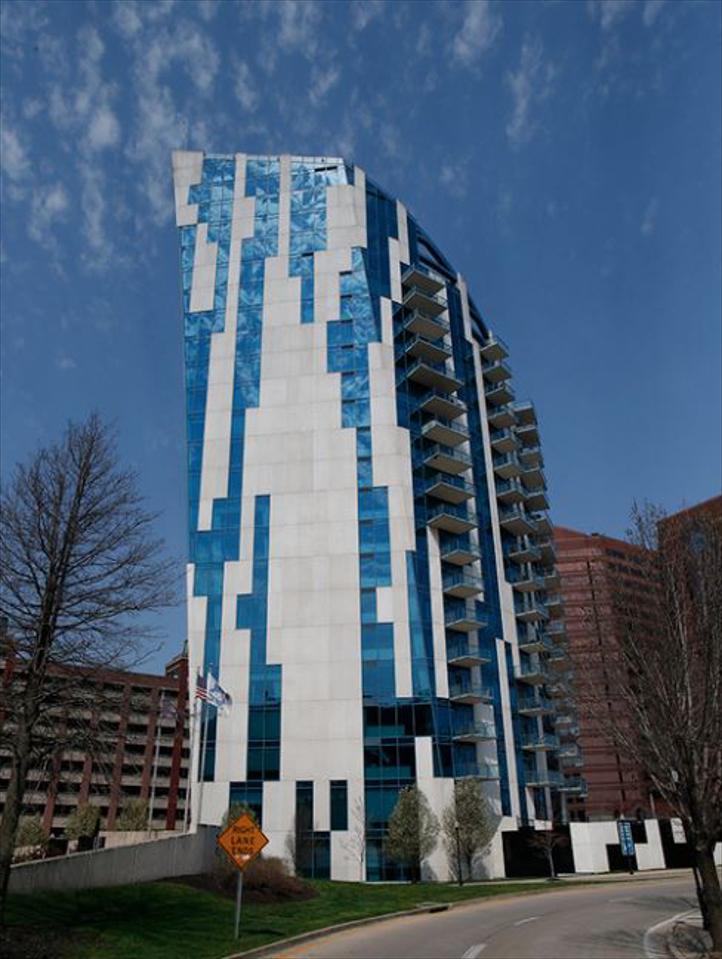